With its stories of rebellion in the ranks, attempted coups, early battles, and even international espionage, Numbers is quite the page turner…Still, Numbers is not without its challenges.

Ed. Note: I recently shared some ideas on how to read through Leviticus with more appreciation than we often tend to have, if we’re honest about it. Numbers being next in line, this post follows in what I guess is going to be a series. – AR

With its stories of rebellion in the ranks, attempted coups, early battles, and international espionage, Numbers is quite the page turner. For that reason, it’s less daunting reading than Leviticus. Still, Numbers is not without its challenges.

Contextually, the new nation of Israel is still learning to relate to and serve under the Lord. And so, reading through Numbers we come to passages where action is replaced by instruction and drama is replaced by historical record keeping.

With its stories of rebellion in the ranks, attempted coups, early battles, and even international espionage, Numbers is quite the page turner.

Like I said about reading Leviticus, it is all God’s Word, all holy, and all useful for our instruction, so we would be foolish to skip over any of it. Here are three reminders I wrote down as I reread Numbers. Hopefully they help you, too.

1. Numbers Reminds Me How Holy God Is

The Lord is unapproachably holy. For sinful men to approach him they must be made pure or they will die. Nothing imperfect can be before him. Not imperfect men marred by physical deformities or internal sin. Not imperfect sacrifices. Animals scarified to the Lord had to be, “without blemish.” And even then, speaking of those sacrifices the writer of Hebrews would later say they could never, “make perfect those who draw near…for it is impossible for the blood of bulls and goats to take away sins” (Heb 10:1,4).

Even some clans within the priestly Levites would die if they looked at the tools and instruments of the tabernacle they were charged with carrying after Aaron and his sons covered them (Num 4:15-19). (And He is so holy those instruments aren’t allowed to be carted but must be carried by hand with poles.)

2. Numbers Reminds Me How Sinful I Am

I see me, my sin, in everything Israel does. Their constant grumblings remind me of my own. Their complaining against God’s wisdom reminds me of mine when I don’t like how God chooses to lead me. Time and again the Israelites thought they knew better, and that hits close to home.

Aaron’s and Miriam’s rebellion and later Korah’s rebellion gut me. Their rebellions were there attempts at overthrowing not just Moses, as God’s representative, but God himself. Thousands of people died in their sin as punishment. The ground literally opened up and ate them alive, or they died of plague or fire broke out from their incense censers. They suffered the wrath of God for their rebellion.

By the way, we might think that was the end of it, right? Surely no one would be stupid enough to complain after witnessing that terrible scene! Guess again. In that same chapter (16), look at 16:41, “But on the next day all the congregation of the people of Israel grumbled against Moses and against Aaron…” (emphasis added). The next day!

I’m honest when I read Numbers, every page exposes my heart’s attempts to overthrow God every single day.

And, if I’m honest when I read Numbers, every page exposes my heart’s attempts to overthrow God every single day. Don’t believe me? Who of us love our trials? Some days by his grace I persevere and other days fall so short in bearing up under them well. Those are the days I hate the difficult circumstances I have been in for months and the other circumstances that have lasted decades.

And if you’re honest when you read through Numbers, it exposes the same sins in your life. If Numbers was the end of it, we would have plenty of reason to despair over our sin. But being convicted about our sin is a mercy from God. Which brings us to our third and final reminder…

3. Numbers Reminds Me of Christ

He is on every page. He is in the holiness of God and the promised future atonement for sinful men. For over a thousand years animals would be sacrificed, butchered, and burned on the altar for the sins of individuals and for the nation.

The author of Hebrews would eventually sum up this epoch of blood and fire and ashes to us, “And every priest stands daily at his service, offering repeatedly the same sacrifices, which can never take away sins” (Heb 10:11). That is, until the Lamb the Lord himself would offer up. “But when Christ had offered for all time a single sacrifice for sins, he sat down at the right hand of God…” (Heb 10:12).

Jesus is the great future perfect fulfillment. The tabernacle (and later the Temple) and the sacrifices were awesome-but-imperfect shadows. Jesus is the reason you and I are not blotted out a hundred million times over for our sins, as theologian RC Sproul famously called sin against God, “cosmic treason.” Jesus bore my punishment (and yours if you are in Christ today).

These three reminders changed how I read and understand the Book of Numbers. Now I read every story differently. What used to be black-and-white and fuzzy now has crystal clear 4K Ultra HD picture quality. What I struggled to see as applying to me personally makes perfect sense now. In the story of the rebellion of the sons of Korah, God punished the Korahite clan and they died. In the story of the rebellion of Anthony, God the Father punished Jesus and he died.

Don’t let someone tell you the Old Testament is irrelevant, even if that liar is standing behind a pulpit. The Holy Spirit can use Numbers to humble us, expose our sins, and, by grace, not destroy us, but lead us repentance and forgiveness that is now freely available through Christ. 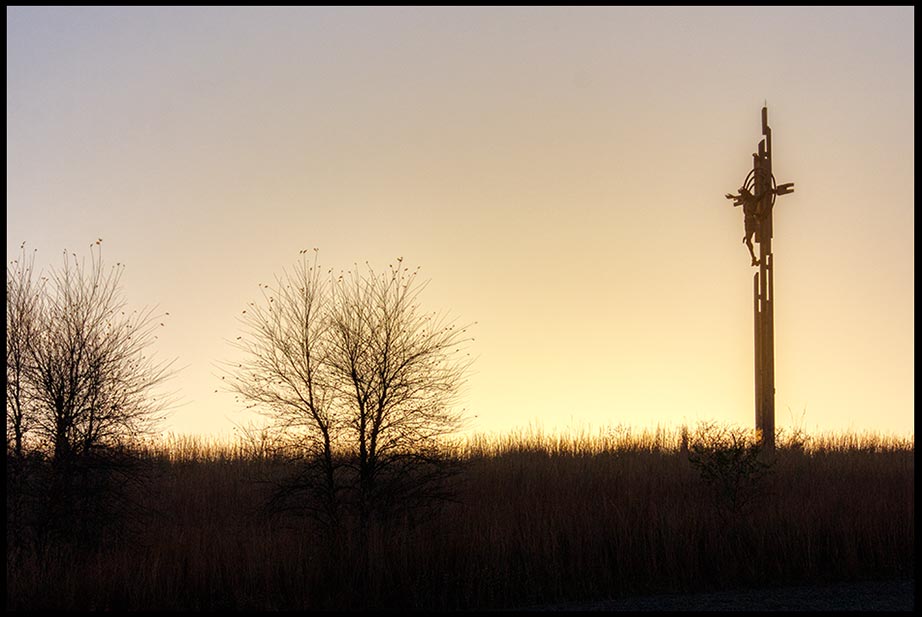 “And Jesus, crying out with a loud voice, said, ‘Father, into your hands I commit my spirit.’ Then He breathed His last.” Luke 23:3:46