Even great Christian authors can be brilliant in what they say, but not always enjoyable to read.

Who are some of your favorite Christian authors? Almost every author I’ve ever read has, on some level, engaged my mind or fed my soul. Even those whose books I found to be bloated pamphlets taught me how not to write. Some have been excellent writers but I couldn’t connect with their message, either through lack of my passion for the subject or their own. As an admitted chocoholic, it amazes me when I hear someone say they don’t like chocolate. I’m equally amazed anyone likes avocado.

It seems wrong to say I don’t like certain “classic” Christian authors, especially when each looms large for being widely read and often quoted. Three immediately come to mind.

Ask anyone who has been a Christian for a long time to name a writer on prayer and there’s a good chance they’ll say E.M. Bounds. Bounds was first an attorney but then felt the call to ministry. Eventually he became a pastor in the Methodist Episcopal South denomination in Missouri. Of the eleven books he wrote, nine were about prayer. He was famous for spending 4am-7am every morning in burdened prayer, making his requests for the lost through tears.

Writing-wise, however, I find him unreadable. He is long on generalities, short on practicality. His sentences are pithy and quotable but they only exhort, with no helpful instruction. I haven’t read everything of his, but I never have found how exactly one ought to fill three hours every morning. Is “prayer” focused internal dialogue with God? Or is it–as others have explained to me–shorthand for prayer, Bible reading, meditation on God’s word, and singing hymns aloud or in one’s heart?

Bounds tells me over and over to pray, pray, pray, but he never brings me with him into his time with the Lord, to help me see and ask questions and learn. Like the next two Christian authors, he says do but gives no helpful insights into how.

Pastor. Editor. A herald of his age with an prophet-like quality. Author of over 40 books. A.W. Tozer, like the other two men here, was uniquely used by God.

Don’t get me wrong, I like Tozer. Of the three Christian authors on this list of least favorites, he’s my most favorite, if that makes any sense. A lady at church once gave me an autographed copy of one his books. (She was good friends with his secretary all those years ago.) I have his books in my library. He has been used by God to feed me, rebuke me, challenge me, and bless me. But I still struggle to read him, and for many of the same reasons I do Bounds and Ravenhill.

When I read Tozer I feel small. Christian Failure kind of small. Like how dare I even think I actually love Jesus because, under Tozer’s pen, I’m fooling myself. It’s all that Keswick Movement “deeper life” language he uses. Reading Tozer, I feel like I could crawl under the area rug on the floor to pray and still get chastised for not bringing myself low enough for proper communion with God. Like the others, he too is quick with alliterations and clever, punching wordplay, which also make him perennially quotable. I like him, but he just seems so …robotic.

After a recent work day at church they left a bunch of books on a table that were cleared out from the church library, free to anyone who wanted one. I took Ravenhill’s famous Why Revival Tarries. Ravenhill, like Tozer and Bounds, has influenced so many. God used him to influence heroes of mine like Keith Green and Paul Washer. So it’d be natural that I should like him too, right? You would think.

I remember first hearing about Leonard Ravenhill when I was a teenager in the ’80s. Raised Catholic, my first exposure to evangelical Christianity came when my older half-brother took me to Christian churches. It wasn’t long before I walked an aisle and prayed the ubiquitous “sinner’s prayer,” and–as I have often said since–became nothing more than a born again hypocrite for the next 20 years. But God still used those unconverted years, filling me with the Bible and sound teachings for the day when he would genuinely save me. If the Apostle Paul could pick two best friends from the Twentieth Century, it seemed like he would pick A.W. Tozer and Leonard Ravenhill.

Fast-forward. I’m 48 now and have been genuinely converted for 14 years. I picked up his book at church, intrigued to reacquaint my older self with this hero of the faith through this classic work. To be honest, by Chapter 2 I was tired of it. Then I skimmed through the chapters. The alliterations and clever turns of phrase showed up on every page like the late winter potholes in the road I dodge these days. Like Bounds and Tozer, he’s long on broad rebukes, short on discipling the individual reader.

My Least Favorite Christian Authors May Be Among Your Favorites

Believe it or not, I do recommend that if you’ve never read these men, do. God has used them greatly, and continues to. It’s good to allow ourselves to be influenced by those voices whom God used to influence previous generations. It’s good to engage with their messages and their styles. Just because the styles of these Christian authors don’t resonate with doesn’t mean you may not love them–clearly many people do. There’s always something to learn. For that reason, I’ll finish Tarries. I’ll read Tozer and Bounds again in my lifetime. It’s just that, for me, it’s one thing to say over and over that we need prayer and revival, but saying them over and over makes for redundant reading. 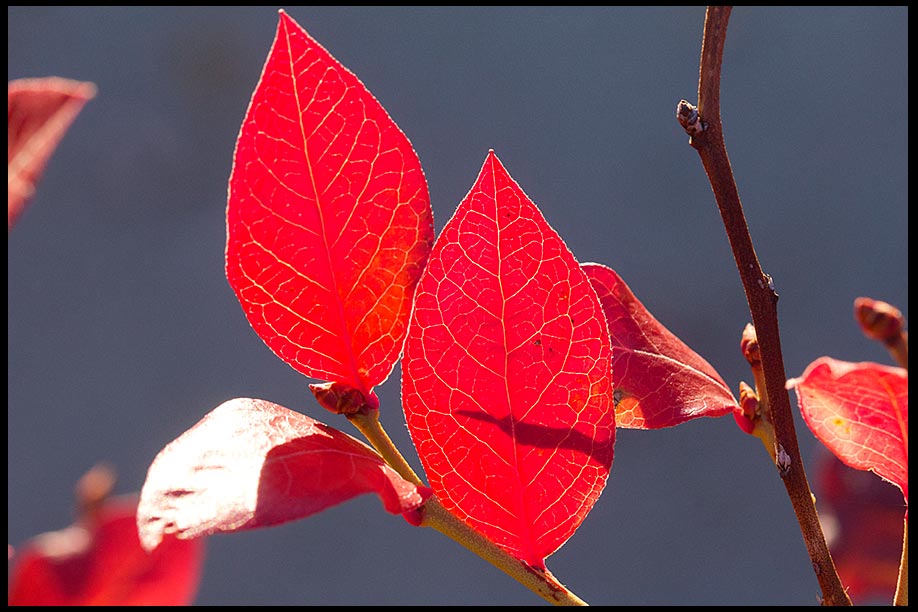 “For this is My blood of the covenant, which is poured out for many for the forgiveness of sins.” Matthew 26:28